Denis, Slávek and Patrik: Brothers who stick together

Denis, Slávek and Patrik are brothers who are being cared for by their grandmother. They first appeared in the pre-school club in Prague at the end of the school year 2014/2015. At that time, the oldest brother Slávek was six, Patrick was five, and Denis was four. “Then the family moved, so we lost track of them for a little while,” says Věra, one of two teachers working in the club. “In January, however, they again showed up and have been attending regularly ever since.”

At first the boys were very quiet. “I think it was partly due to their grandmother, who at that time was worried she might lose them,” said Věra’s colleague Bára. “She transferred her fears onto her grandsons, who were afraid to express themselves in any way. So we spoke to her about it and assured her that we were here only to provide support. This helped in part, but the real breakthrough came when the court finally granted the grandmother official guardianship.”

The boys were very independent from the beginning, and there was a strong sibling bond between them. They kept close together and helped each other out. But they did not keep apart from the other children and had no problems interacting with them. Over time they even began helping them, usually with dressing. Thanks to regular attendance at the club they felt good and the kindergarten gave them a sense of security. And they also had a plan: they knew what to expect and what was going to happen. This was very important for them because of their frequent moving.

Despite being brothers, each had something unique about them. “Patrik often watched his friend Ema reading,” says Věra. “Of course she didn’t actually know how to read yet, but she would take books and tell stories based on the pictures. Once Patrik sat next to me, took a book and began to tell a story too. We’ve worked with Slávek on doing homework, because in September he is going to start school.” And the youngest Denis? From the beginning it was clear how much attention he needs. “Once he even kissed my hand to show his affection for me; just a typical youngest sibling,” added Věra smiling.

Not being afraid to say “I don’t know how”

An important person in the boys’ life is their grandmother. “It’s great that she was not afraid to come to us and say, I want the boys to go to school and get a good education, but I don’t know how to do it,” Bára says. “So we recommended a school to her, explained when and where to register and what is required. She thanked us and said that was all she needed and would arrange the rest herself. And she did.” With many parents you often feel that they don’t want to admit they are having trouble coping. But she has already raised five children, so she has far more experience than the younger generation of mothers.

The brothers spent about half a year in the pre-school club and made considerable progress over that time. Slávek became enrolled in school and Denis and Patrik several times visited the kindergartens that they will begin attending in September. So they will not be going into the unknown, but know what to expect. “Time will tell how the whole story will eventually unfold,” Věra said. “But as long as they fit in just a little the boys should do well. The more space they get, the better their chances of success. It will depend on the particular teacher’s approach as well as her ability. But that applies to all children.”

Learning can be fun for teachers too 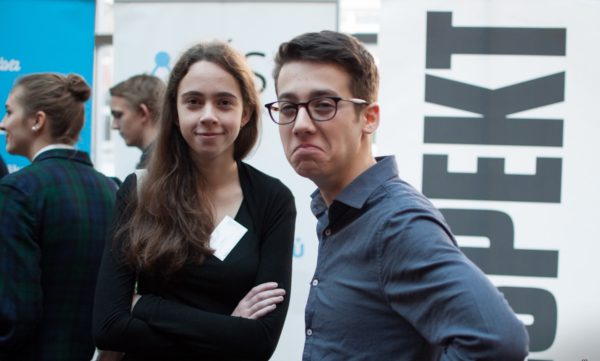 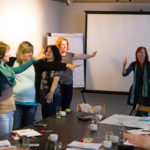 Understanding a Hyperactive Child: They Aren’t Doing it on Purpose